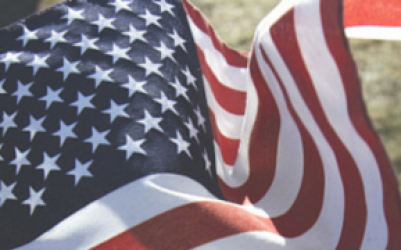 My name is Lance Bell, and I am the Business Development Manager for Western Environmental Laboratory. I am writing today to share with you why support for the Veteran’s Guest House is important to me. Men in 3 of the last 4 generations of my family tree have faithfully served our nation in the armed services in some capacity. Both of my grandfathers served in WW II, including one who was shot down over Europe during an air mission and subsequently spent 3 years as a POW in a German Stalag camp. My Uncle was stationed in Europe during the Korean War, and now my oldest son serves as an Airmen First Class in the US Air Force Air National Guard.

I had the privilege to attend my son’s graduation ceremony from Basic Training at Lackland AF Base in San Antonio, TX in October of 2013. Every week some 300-500 airmen successfully advance, and it was inspirational to witness the dedication and commitment demonstrated by the men and women who have chosen to make as part of their dream and ambition the desire to protect this nation, and defend the values and principals upon which it stands.

As I think of the Veteran’s Guest House, I am reminded not only of my own family’s service, but also that of all those veterans and their families, and the sacrifices that they have had to make and endure because of their commitment to the rest of us. Here in Reno we have an opportunity to show our gratitude in support of something not only unique in concept, but noble in cause.

Visit www.VeteransGuestHouse.org/donate and be sure to enter WETLAB on the “Donation Note or Organization” line. Remember, if  you donate before March 6th, 2015, WETLAB will MATCH your donation